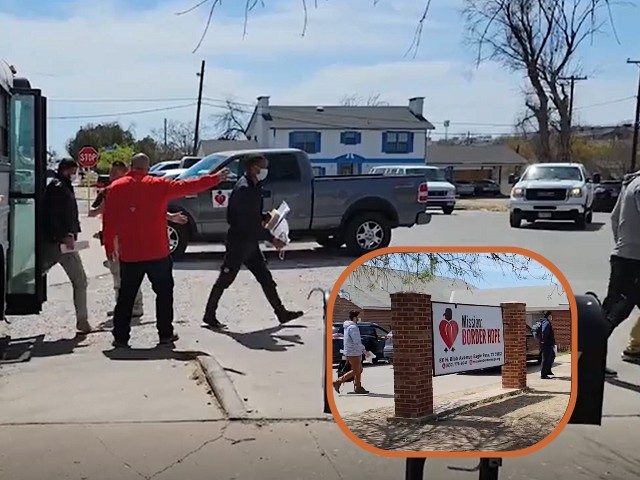 Del Rio Sector Border Patrol agents are being instructed to tell migrants not to get on the Texas-provided buses ordered by Governor Greg Abbott, according to a West Texas mayor. Governor Abbott ordered the Texas Division of Emergency Management to prepare buses to transport migrants released by the Biden Administration to Washington, D.C. The program is voluntary.

Uvalde Mayor Don McLaughlin told Breitbart Texas in a Tuesday interview that Border Patrol agents told him they were instructed to urge migrants not to board the D.C.-bound buses. The mayor said his city had been told to expect the release of up to 150 migrants per day.

Uvalde has a population of 16,000 and is located approximately 130 miles from the Mexican border.

“We are a small town with very limited resources,” Mayor McLaughlin said. “We are already faced with police pursuits and migrants harassing or threatening our residents nearly every day.”

“If Biden releases them into our community, I will be there to encourage them to take the free trip to D.C.,” he added. “I will tell them D.C. has lots of transportation venues to take you to New York City, Baltimore, Philadelphia, or any other city on the Eastern Seaboard.”

“Sending these people to D.C. will expose the big lie,” McLaughlin said. “Let them see what we are getting and dealing with. It is not just families who are coming here — most are single adults and we have no idea who most of them are.”

On April 6, Gov. Abbott ordered the Texas Division of Emergency Management to prepare buses to transport DHS-released migrants on a voluntary basis from their drop-off location to Washington, D.C.

“To help local officials whose communities are being overwhelmed by hordes of illegal immigration who are being dropped off by the Biden Administration, Texas is providing charter buses to send these illegal immigrants who have been dropped off by the Biden Administration to Washington, D.C.,” Governor Abbott said during a press conference in Weslaco, Texas. The governor said the first drop-off location will be the U.S. Capitol steps in the nation’s capital.

Mayor McLaughlin requested the governor’s assistance and the State provided buses to pick up any released migrants willing to take the free trip to DC.

Breitbart Texas reached out to CBP officials for confirmation of the instructions given to Border Patrol agents regarding the Texas-provided buses. An immediate response was not available.