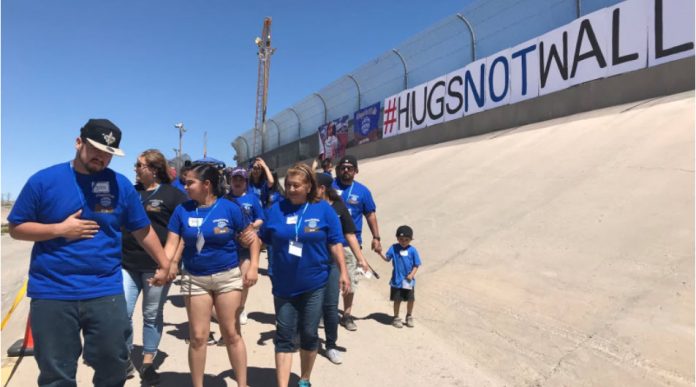 The Secretary of State for Georgia has been focused on foreigners illegally seeking to register to vote in state-wide elections and has referred over 1,6000 people to be prosecuted for their illegal acts.  Republican Brad Raffensperger gave a list of “non-citizens” to local prosecutors and state investigators through his office.

From the office of Georgia’s Secretary of State: March 28th, 2022

(Atlanta) – Georgia Secretary of State Brad Raffensperger has conducted the first citizenship review of Georgia’s voter rolls in the state’s history. The review found that that 1,634 people who had attempted to register to vote were not able to be verified by U.S. Citizenship and Immigration Services’ (USCIS) Systematic Alien Verification for Entitlements (SAVE) program. Due to Georgia’s existing citizenship check procedures, the noncitizens identified in the citizenship check were placed into “pending citizenship” status and were not able to vote.

“Ensuring that only citizens are voting in Georgia’s elections is key to upholding the integrity of the vote in Georgia,” said Raffensperger. “As liberal states and cities around the country are changing their laws to allow noncitizen voting, I will continue to take steps to ensure Georgia’s elections are executed with integrity. Leading the state’s first citizenship audit of the voter rolls is an important part of that effort.”

Raffensperger conducted the first audit of Georgia’s voter rolls for citizenship status in the state’s history. The audit proved that Georgia’s citizenship check procedures are working and are vital to ensuring secure elections.

The review consisted of gathering additional data from the Georgia Department of Driver Services and the Department of Homeland Security’s U.S. Citizenship and Immigration Services (USCIS). The review utilized USCIS’s Systematic Alien Verification for Entitlements (SAVE) program.

The search found 1,634 individuals who had attempted to register to vote in Georgia despite not being citizens. In total, 2,258 voter registration applications are currently in “pending citizenship” status. The difference between the two numbers is because there were 624 records where the Secretary of State’s office was not able to obtain the required information to utilize the SAVE verification tool. Those additional 624 applicants remain in “pending citizenship” status because the citizenship check with the Department of Driver Services at the time of registration flagged those applicants as non-citizens according to DDS records. All 2,258 individuals were placed in pending status and not added to the voter rolls. None of these individuals have cast ballots in Georgia elections.

According to the US Citizen and Immigration Services SAVE is described as:

SAVE is a fast, secure, and reliable online service that allows federal, state, and local benefit-granting agencies to verify a benefit applicant’s immigration status or naturalized/derived citizenship.

SAVE is administered by U.S. Citizenship and Immigration Services, a component of the Department of Homeland Security, and is dedicated to providing tailored training, support, and service to meet participating agency needs.

With Democrats pushing for voting rights for foreigners- it is important to note that in March the Biden Department of Justice, ironically, sued to stop employers from using such a service to verify citizenship for employment.

According to an agency press release:

The Department of Justice announced today that it reached a settlement with Bianchi Home Care Inc. (Bianchi), a home care provider based in Washington state. The settlement resolves the department’s claims that Bianchi violated the Immigration and Nationality Act (INA) when it discriminated against non-U.S. citizens through its use of E-Verify. Run by the Department of Homeland Security, E-Verify is an electronic program that enables enrolled employers to confirm that their employees have permission to work in the United States.

The department opened its investigation to determine whether Bianchi discriminated against non-U.S. citizens when using E-Verify. Based on its investigation, the department determined that Bianchi only used E-Verify to confirm the permission to work of its non-U.S. citizen employees and did not use the program for its U.S. citizen employees. Even though E-Verify found that all of Bianchi’s non-U.S. citizen employees had permission to work, by only subjecting them to E-Verify, Bianchi imposed an additional burden on them in the hiring process because of their citizenship or immigration status. Under the INA and the E-Verify program rules, employers cannot discriminate in their use of E-Verify based on citizenship or immigration status.

The settlement prohibits Bianchi from selectively using E-Verify to discriminate against employees based on their citizenship or immigration status. Additionally,Bianchi must train its employees on the requirements of the INA’s anti-discrimination provision, change its policies and procedures and be subject to monitoring for a three-year period.

The Civil Rights Division’s Immigrant and Employee Rights Section (IER) is responsible for enforcing the anti-discrimination provision of the INA. The statute prohibits citizenship or immigration status and national origin discrimination in hiring, firing or recruitment or referral for a fee; unfair documentary practices; and retaliation and intimidation.