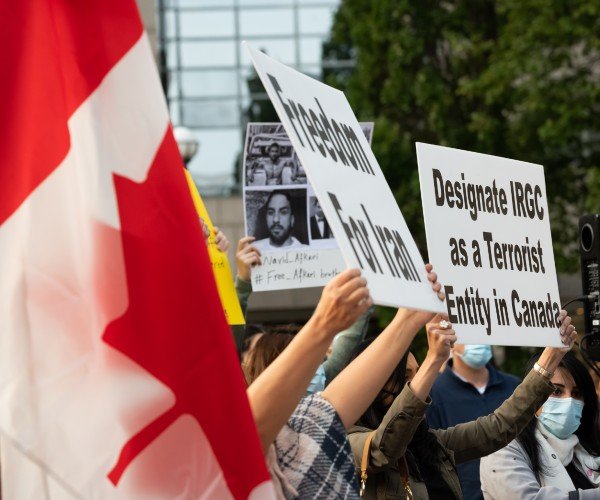 In a April 24, 2022 interview with Iran’s ISCA News, as reported by the Middle East Media Research Institute, Iranian Majles member Ali Motaheri said the quiet part out loud. Although no longer serving in the Iranian parliament and currently a private Iranian citizen, it is hard to believe Motaheri would have spoken so openly without at least tacit regime acquiescence.

What exactly did Motaheri say?

He told the interviewer that Iran’s goal from the beginning of its nuclear program was in fact to build a nuclear bomb. He added that Iran’s failure was to keep that purpose secret until it was ready to openly test a nuclear device.

When his interviewer wondered whether his statements would not affect the JCPOA (Joint Comprehensive Plan of Action) nuclear talks among Iran, the P-5 +1 (Permanent Five members of the U.N. Security Council, plus Germany), and the European Union (EU) in a negative way, Motaheri replied (rather implausibly) that “Nobody notices what I am saying.”

He also (and likewise implausibly) asserted that the sole reason for an Iranian nuclear weapon capability was “as a means of intimidation.”

Tellingly though, he also quoted from Qur’an verse 8:60, which commands believers to “Strike terror into the hearts of the enemy.”

In fact, evidence of Tehran’s true nuclear ambitions has been available for many years. We might begin with the Aug. 14, 2002 Washington, D.C. press conference during which Alireza Jafarzadeh, the Deputy Director of the Washington office of the National Council of Resistance of Iran (NCRI), revealed publicly for the first time the existence of Iran’s clandestine nuclear weapons program.

At that briefing, Jafarzadeh displayed satellite images of the Natanz uranium enrichment site and the Arak heavy water facility; subsequent revelations about other Iranian nuclear facilities followed and were responsible for prompting IAEA (International Atomic Energy Agency) inspections that served to place at least some level of monitoring over the program.

One regular measure of that monitoring is the IAEA Board of Governors’ Quarterly Report on “Implementation of the NPT Safeguards Agreement and Relevant Provisions of Security Council Resolutions in the Islamic Republic of Iran.”

The Report dated 8 November 2011 went into some detail about the “Possible Military Dimensions” of the Iranian nuclear program. In Section G of that report, the IAEA makes an oblique reference to the 2002 revelations by the NCRI:

Since 2002, the Agency has become increasingly concerned about the possible existence in Iran of undisclosed nuclear related activities involving military related organizations, including activities related to the development of a nuclear payload for a missile, about which the Agency has regularly received new information.

One of the most important issues, unresolved by the July 2015 JCPOA or to date, is the problem of IAEA access to all requested documents, equipment, persons, and sites relevant to the Iranian nuclear program.

Dual use equipment and ongoing illicit procurement efforts by the Islamic Republic to acquire such equipment remain among other unresolved issues for the IAEA.

Perhaps even more importantly, “[w]ork on the development of an indigenous design of a nuclear weapon including the testing of components,” as described in the Annex, Sections C.5–C.12 of the IAEA November 2011 Governors’ Report, also stands out as an alarming indicator that Tehran has been working on warhead design and testing.

In those Annex Sections, the Governors’ Report discusses the Iranian regime’s work on nuclear warhead detonators, known as “exploding bridgewire detonators,” which have direct and limited application to a nuclear explosive device.

Documents in the possession of the IAEA also indicate that Iran was working on design information for a multipoint initiation system, used to initiate the explosive sequence of a nuclear bomb. There’s more, including engineering studies on designing a nuclear warhead to fit onto the nosecone of a ballistic missile.

Much of what this November of 2011 IAEA Report documents was later confirmed by a trove of over 100,000 documents seized from a Tehran warehouse in a January 2016 raid directed by the Israeli Mossad.

Then-Israeli Prime Minister Benjamin Netanyahu gave a riveting press conference in Tel Aviv on April 30, 2018 to describe the contents of that heist.

Those documents show that at least through mid-2003, Iran was actively working to decentralize and disperse elements of its nuclear weapons program, called the AMAD Program, including its subsidiary Project 110, which included nuclear warhead development. Importantly as well, the documents indicate that Iran’s nuclear weapons program did not stop after 2003 but continued despite what had been reported as a so-called “halt order.”

Indeed, in 2007, the CIA even issued a highly misleading National Intelligence Estimate (NIE) that stated “We judge with high confidence that in fall 2003, Tehran halted its nuclear weapons program.”

We can see, therefore, that former Iranian Majles Member Motaheri spoke the truth in his April 22, 2022 interview. Why he was almost certainly permitted to do so is worth considering.

What kind of message might the Tehran regime have been intending to send to the U.S. and to other participants in the perhaps-indefinitely-paused Iran nuclear talks in Vienna? Was this the regime’s way of issuing a veiled threat to the U.S. in particular — and perhaps Israel as well — that Iran may already possess a nuclear weapons capability?

Capitulating to Iranian demands for lifting of sanctions and removing the Islamic Revolutionary Guard Corps (IRGC) from the U.S. Foreign Terrorist Organizations list will only lend support and a massive cash infusion to what may be an Iranian nuclear weapons program on the brink of deployment.