Israel’s warning against citizens traveling to Turkey is expected to remain in effect until an Iranian terror cell is caught.

Security services believe the Iranian cell is still in Turkey, and both Israeli and Turkish security forces are working to thwart any potential attack, the Kan public broadcaster said in an unsourced report on Wednesday.

Israeli authorities on Monday urged citizens to leave Istanbul immediately, and reconsider non-essential travel to other parts of Turkey, warning that Iranian agents were ready to kidnap or kill Israelis there as Tehran seeks revenge for the slayings of officers blamed on Israel.

The National Security Council on Monday raised its warning level for Istanbul to 4, the highest, in which Israelis are explicitly told not to visit an area and to leave if they are already there. Countries with the level-4 “high threat” warning include Iraq, Yemen, Afghanistan, and Iran.

Meanwhile, Ankara has conveyed a “blunt and forceful message” to Tehran that it will not allow Iran to use its territory to carry out or organize acts of terrorism against other states, Channel 12 news reported.

On Wednesday, Foreign Minister Yair Lapid spoke by phone with his Turkish counterpart, Mevlut Cavusoglu, to thank him for Ankara’s efforts to protect Israeli tourists. 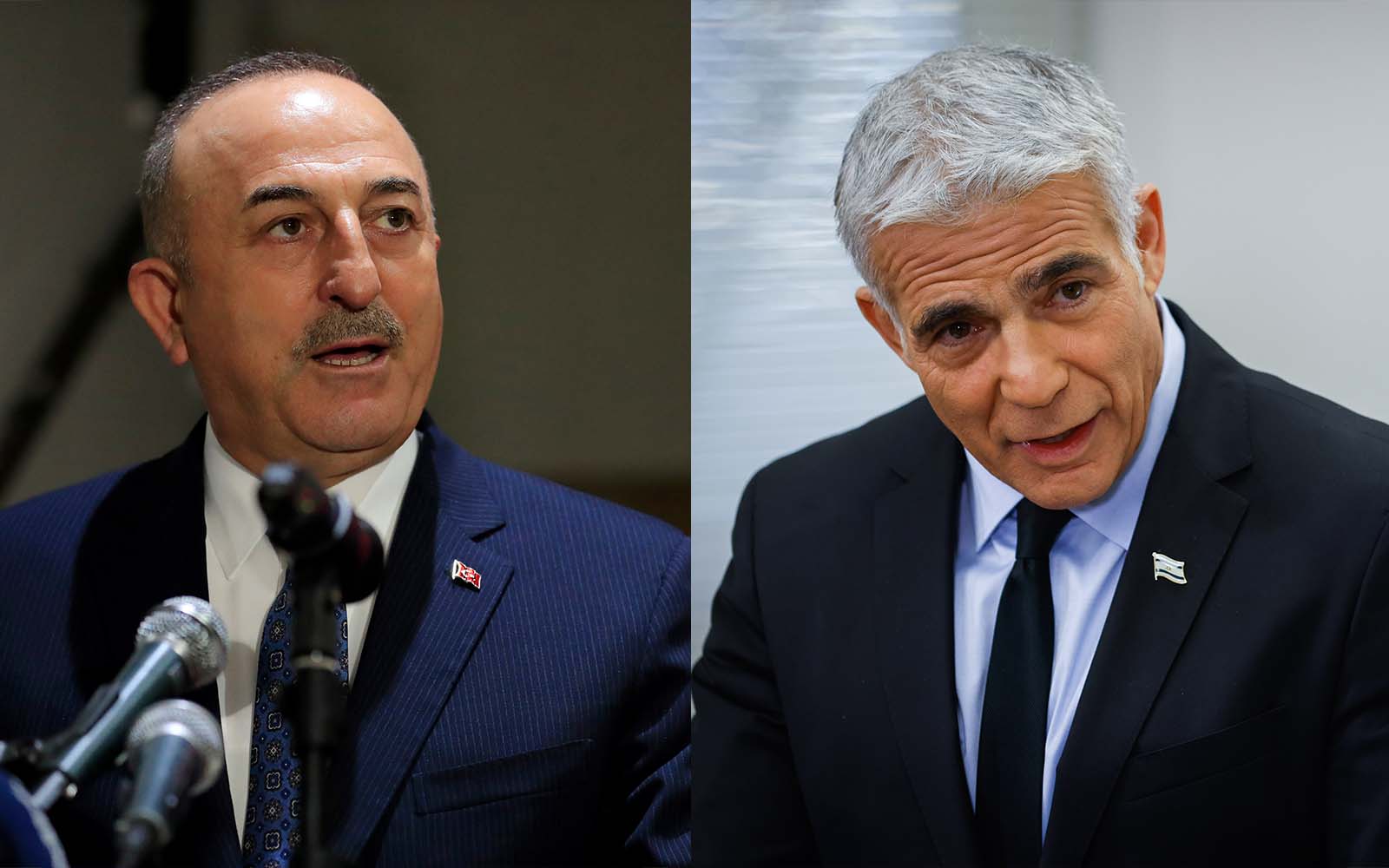 At a press conference earlier in the day, Lapid said there had been significant warnings of terror plots that he could not detail, and emphasized that Israeli citizens needed to be aware of the continued threat in Turkey.

“People need to be very careful and take the warnings very seriously,” Lapid said in English.

Tensions between Israel and Iran have intensified in recent weeks, after the assassination of an Iranian officer in Tehran last month, airstrikes against Iran-linked targets in Syria, threatening rhetoric from Iranian leaders and Iran’s increasing violations of nuclear agreements.

The former commander of the Islamic Revolution Guards Corps claimed Wednesday that Iran was dealing ongoing “blows” to the State of Israel.

Mohammad Ali Jafari said these “blows” have taken place in Israel, the West Bank, the Gaza Strip and even countries across the region, in comments made days after Israel began warning its citizens against traveling to Turkey. 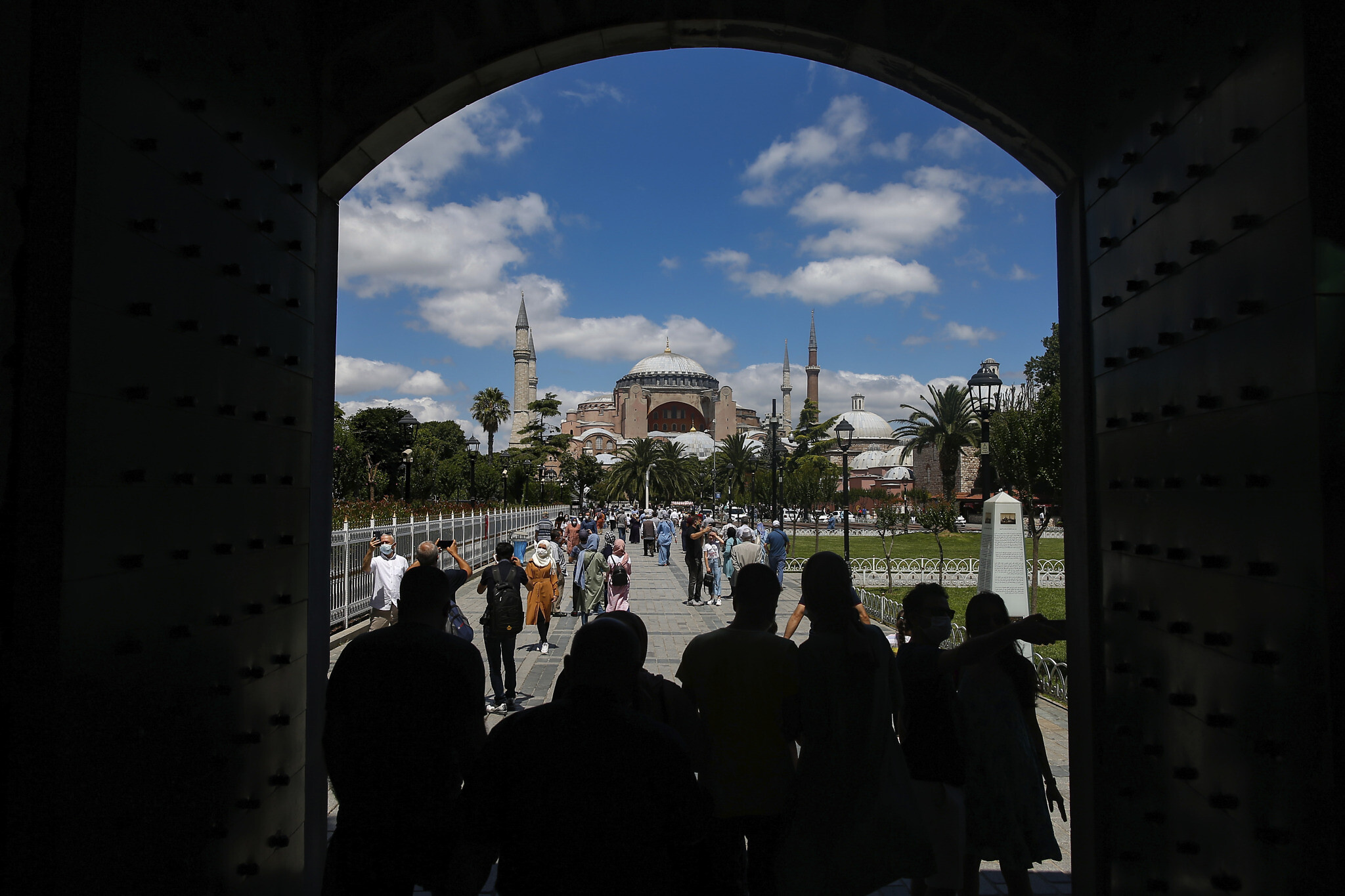 People walk towards the Byzantine-era Hagia Sophia, one of Istanbul’s main tourist attractions in the historic Sultanahmet district of Istanbul, July 11, 2020. (AP/Emrah Gurel)

Channel 13 reported that several Israelis who were in Istanbul were whisked back to Israel last week by Israeli security officials who identified an Iranian plot to assassinate them.

Additionally, one Israeli man reportedly told authorities that he had nearly been kidnapped but managed to escape.

Meanwhile, Turkey has reportedly expressed its unhappiness with the expected blow to tourism from Israel’s travel warning — although many reports show that Israelis are largely ignoring the warnings.

Turkey “is a safe country and continues to fight against terrorism,” said the Turkish Foreign Ministry in a Tuesday statement. “These travel warnings are considered to be related to different international developments and motives.”

Amid the reports of the Iranian attack cell, Prime Minister Naftali Bennett said Tuesday that Israel will not hesitate to act on foreign soil to protect its citizens.

“The State of Israel’s security forces are doing everything [in their power] to thwart these attacks and to neutralize the attackers and their operators,” the prime minister said. “We will not hesitate to use the power of the State of Israel anywhere in the world, for the protection of our citizens.”