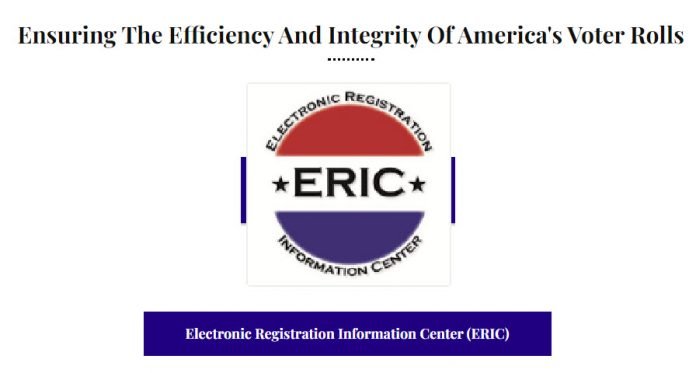 The Electronic Registration Information Center (ERIC) is funded by 30 member states and the District of Columbia to maintain their voter rolls. ERIC performs two separate services for Pennsylvania (PA), one related to list maintenance and the other to get out the vote (GOTV). Let’s focus on their list maintenance service or, should I say, the lack thereof. At best, ERIC has done little to nothing to clean up PA’s voter rolls since 2020. At worst, they may be using inactive voters as phantom voters? ERIC needs to be fired!

ERIC’s list maintenance service identifies voters who have moved within the state, moved from one ERIC state to another, or have duplicate registrations. The process for notifying ERIC’s out-of-state and in-state moves involves a one-step mailing procedure. Once the notice is queued and confirmed, the affected voter records are updated to Inactive status. Depending on the response to the mailer or non-response, the voter’s record may be updated to Active, remain in Inactive status, or become Cancelled.  Inactive registrants can vote in elections by signing a declaration.

In October 2020, Judicial Watch sued PA for having over 800,000 inactive voters on the rolls and stated, “Pennsylvania numbers were pathetic.” How many inactive voters were on PA’s voter registration rolls for November 2020? And how has ERIC done at cleaning up PA’s voter rolls since 2020?

The first concern is that in 66 out of PA’s 67 counties, big or small, red or blue, the Democrats carry a higher relative percentage of inactive voters on our rolls. Philadelphia County is the only county with less at 11.4% inactive Democrats to 11.9% inactive Republicans. Put another way, Philadelphia had 97,462 inactive voters on their voter registration rolls compared to 15,482 inactive Republicans for the November 3, 2020, election. This trend, occurring in 66 out of 67 counties, seems like a highly improbable outcome to be occurring naturally. And, as shown above, the trend continues today.

The second concern is with the high percentage of inactive voters in the minor parties. Ray Blehar, on March 5, 2021, posted this,

“The decline in Minor Party/Write-in votes in the Pennsylvania 2020 Presidential election has gone largely unnoticed by the majority of analysts and therefore by the media.

In the 2016 Presidential race, the Green Party, Constitution Party, and write-ins accounted for 121,089 votes in Pennsylvania. But in 2020, the bottom seemingly fell out and only 7,672 votes were cast by those parties by write-in ballot according to the Keystone State’s official results posted by Edison Research and also reported by Reuters. A thorough analysis of the Edison Research transactional results determined that Pennsylvania should have counted approximately 159K write-in votes.

If these votes were switched, and the evidence strongly suggests they were, then Biden’s come from behind victory in Pennsylvania came as a result of violations of the 14th Amendment rights of those voters.

One might argue the trend is normal because voter registration drives kick into full gear for the presidential election years. And they would be correct. But another important question is, why are so many removed shortly after the presidential elections? Are 100,000s of people moving out of PA immediately after a major election? Some may have died. Some may have given up on politics and canceled their registrations. But a drop of over 331,000 registrants in less than six months seems highly unlikely. What is ERIC up to?

Something is off with the trends appearing in PA’s voter registration data. Areas of concern center around services performed by ERIC. However, to get additional information on ERIC’s role in the 2020 election, you need a court order. Under ERIC’s “Privacy: Use of Data” clause, in its agreement with members, it states: “The Member shall not use or transmit any ERIC Data for any purpose other than the administration of elections under state or federal law. Should a Member receive a request to disclose ERIC Data and determines that it is legally obligated, in whole or in part, to comply with such request, it shall not make the disclosure without first obtaining a court order compelling it to do so, a copy of which shall be provided to ERIC.”

Call your representative today and tell them to defund ERIC and remove their involvement in 2022!

Dr. Linda S. Sheckler is a founding member of the Voice4Centre PAC and a retiree living in Spring Township, Centre County, PA. She previously served as Head of the System Analysis and Simulation Division in the Undersea Weapons Office of the Applied Research Laboratory at Penn State. She holds two degrees from Penn State – a Ph.D. in Acoustics and a B.S. in Computer Science. Dr. Sheckler has over 29 years of modeling, simulation, and analysis experience in torpedo guidance and control.

Editor’s Note: This article is the second of four in a series from Dr. Sheckler that examines ERIC’s activities and origins as well as a look at other groups that oversee (or have some role in maintaining) voting integrity.