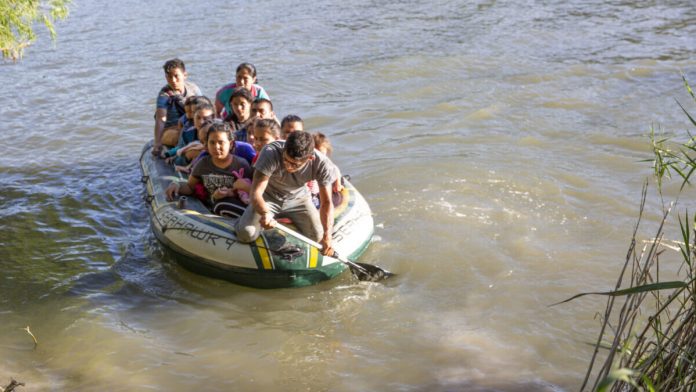 Approximately 239,416 illegal immigrants were arrested trying to cross the U.S.-Mexico border in May, the highest number of border apprehensions ever recorded by the U.S. government.

One glance at the CBP’s “Southwest Land Border Encounters By Month” chart, which was lengthened to accommodate the unparalleled influx of illegal migration over the last year and a half, clearly shows that the current surge started as soon as President Joe Biden took office in January of 2021 and hasn’t subsided since.

Even before Biden entered the White House, he promised to repeal a number of Trump-era border policies. The removal of protections such as the Migrant Protection Protocols (also known as the Remain in Mexico program) and his explicit scaling back of ICE arrests and deportations paired with the administration’s open-border rhetoric has encouraged an exponential rise in illegal immigration.

Instead of addressing this increase in illegal border crossings, Biden has repeatedly tried to scale back even more border protections, most notably Title 42, a public health order designed to expedite the expulsion of illegal border crossers during the Covid-19 pandemic.

Biden’s plans to nuke Title 42 at the end of May were put on hold after a federal judge stepped in but thousands upon thousands of illegal immigrants still made the trek to the U.S. southern border with hopes of filing asylum claims and getting released into the United States.

A Fox News poll conducted last week found that 58 percent of Americans disapprove of Biden’s handling of the border.

Jordan Boyd is a staff writer at The Federalist and co-producer of The Federalist Radio Hour. Her work has also been featured in The Daily Wire and Fox News. Jordan graduated from Baylor University where she majored in political science and minored in journalism. Follow her on Twitter @jordanboydtx.