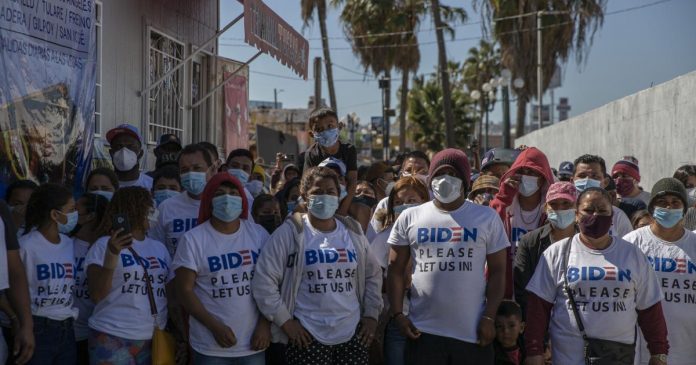 Today, I get you caught up on the latest news from Joe Biden’s border crisis.  It’s not good.

Fifteen people on the terrorist watch list were caught trying to cross the southern border in May, a surprising record number.   That makes 50 so far this year, more than the total number apprehended in the last five years combined.  We wouldn’t know about this if Republican lawmakers hadn’t pressured the Biden administration to resume publishing the numbers.  And these are only the ones we know about.  We don’t know how many terrorists got away.  Border patrol agents unofficially put the total number of ‘got-aways’ at more than a million since Joe Biden took office.  It stands to reason more than a few of those are on the terrorist watch list.

These staggering numbers are overwhelming border agents who are now having to spend a lot of time on paperwork and babysitting.  This means that drug seizures are down and it’s “a field day for human traffickers.”

As you can see, all of this is going in the wrong direction.  The Biden administration’s answer is to speed up asylum claims, not close the border.   Another standard Biden maneuver is to cover it all up.  Not only did the administration try to hide the ball on the number of potential terrorists coming across, it continues to stonewall a congressional investigation into the number of unaccompanied alien children taken to New York last year.  It’s been eight months and congressional investigators can’t get any answers.  Other researchers can’t get the answers they want about criminal aliens and traffickers because the Biden administration has clammed up on those subjects, as well.

All of this leaves state officials to try to put a finger in the dike.  Texas and Arizona combined have so far sent more than 90 busloads of border crossers – more than 3,000 in all – to Washington, D.C. to make them the Biden administration’s problem.   However, as I reported to you previously [5/26/22], left-wing volunteer groups are picking up the slack and the administration isn’t feeling any pain.

As I heard an immigration expert say on the radio, Joe Biden’s open borders policies could be reversed tomorrow and we’d still be dealing with the problems these policies have caused for years to come.