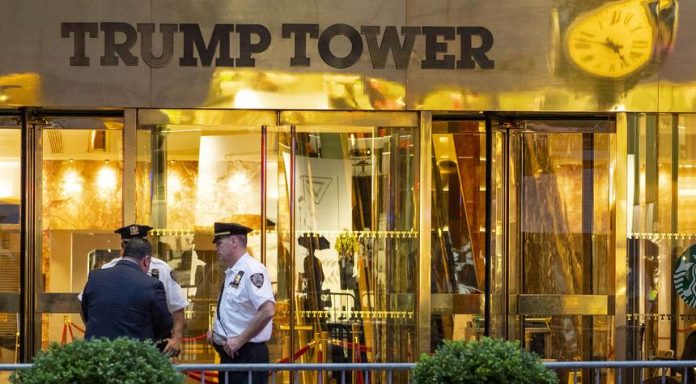 While Merrick Garland’s hyper-politicized Justice Department keeps hunting for terrorists at school board meetings, real terrorism continues: San Antonio’s KSAT reported Saturday that “a Gonzales County man was sentenced to 18 years in federal prison for conspiring to provide material support to the foreign terrorist organization Islamic State of Iraq and al-Sham/Syria, also known as ISIS.” The convict’s name is Jaylyn Christopher Molina, or rather, it was Jaylyn Christopher Molina; now’s it’s Abdur Rahim. Molina/Rahim is “accused of conspiring with a South Carolina man to provide services to ISIS by administering a chat group to share pro-ISIS propaganda and instructions on firearms training and bomb-making.” What was that you were saying again about “white supremacists” being the biggest terror threat the nation faces today?

Molina was very clear about his allegiances, writing in an online chat: “Let it be clear, I am against America. America is my enemy.” He and another American, Kristopher Sean Matthews, or rather, Ali Jibreel of Elgin, South Carolina, to commit “Netflix worthy” terror attacks at Trump Tower and the New York Stock Exchange, which they thought would gain them “rock star status.”

Molina wrote: “We need to stick together, we need to defeat them, we need to take a lot of casualties, a lot of numbers.” Matthews stated: “I would hit places like that to send a message.” According to the legal complaint against the pair, Molina “also described attacking communications centers and plans to ‘fortify a town barrier and establish the first bases or establish a HQ.’” Both Molina and Matthews pledged allegiance to the Islamic State (ISIS), discussed traveling to Syria to join up with the jihad group, and even tried to make contact with an ISIS operative who would help them get there. Molina pursued his jihad online, posting instructions on how to train to handle an AK-47 along with directions on how to build a bomb.

This raises a question that has come up many times before, but has never been answered: why do so many converts to Islam come to hate their own country? Nor are Matthews and Molina by any means the first Americans converted to Islam to try to join ISIS. Spc. Hasan Edmonds, a Muslim member of the U.S. Army National Guard, was arrested in 2015 at Chicago’s Midway Airport; he had been planning to join the Islamic State. His cousin, Jonas “Yunus” Edmonds, was arrested as well. They had allegedly been plotting a jihad attack against a U.S. military facility — making Hasan Edmonds the latest in a long line of people who convert to Islam and then turn traitor.

Is it just a coincidence that so many converts to Islam come to regard the country in which they were born and raised, the land of their families and forefathers, as an enemy? Or is there some connection?

Hasan Edmonds clearly believed that his new religion required a shift of his allegiance. “I am already in the American kafir [infidel] army,” he told an informant in January, “and now I wish only to serve in the army of Allah alongside my true brothers.”

Other American converts to Islam who have turned traitor include Sgt. Hasan Akbar, an American engineer from the 101st Airborne Division, who murdered Capt. Christopher Scott Seifert and Maj. Gregory Stone, wounding fifteen others in a grenade and small-arms attack in northern Kuwait on March 22, 2003. As he committed his murders, he yelled, “You guys are coming into our countries, and you’re going to rape our women and kill our children.”

Yet Akbar was not Iraqi or Kuwaiti. He was an American from Los Angeles. But when he became a Muslim, any allegiance he may have had to America was gone. Likewise in the cases of al-Qaeda spokesman Adam Gadahn and the Marin County Mujahid, John Walker Lindh, both of whom converted to Islam and ended up waging war against the country of their birth on behalf of its enemies.

All the major Muslim organizations in the United States condemn ISIS. So why, when Jaylyn Molina and Kristopher Matthews converted to Islam, did they fall prey to its supposedly twisted and hijacked understanding of Islam? Why wasn’t the peaceful, tolerant, true Islam that everyone assumes converts to Islam are taught in American mosques able to withstand a challenge from the supposedly un-Islamic vision of ISIS? Why aren’t the mosques they attended being investigated? Why am I the only person in the country asking these questions?

There is another question as well: what if Molina and Matthews had succeeded in carrying out a large-scale jihad massacre at Trump Tower? How many Leftists would stand up and cheer because the killing took place at a site that had Trump’s name on it? Can anyone really doubt that this would have brought out the Left’s enthusiastic bloodlust?