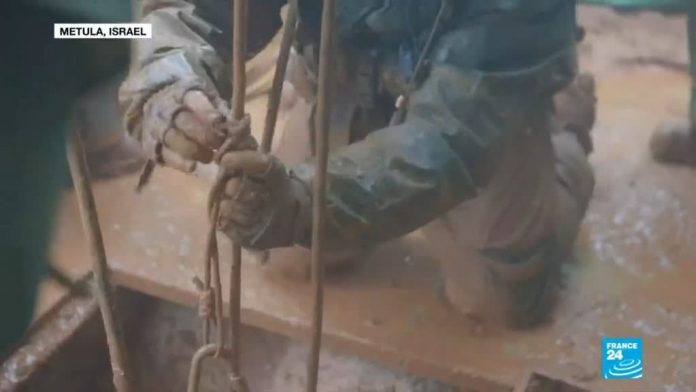 The army on Tuesday said the Hezbollah terror group appeared to be trying to seal some of the attack tunnels it dug into Israeli territory from southern Lebanon, after several were uncovered by the military.

The Israel Defense Forces released video footage of one of the four tunnels it has so far exposed as part of its operation to find and destroy them.

“An attempt to seal off the passage can be seen, which we understand was carried out by operatives of the Hezbollah terror group in recent days,” the army said in a statement.

An IDF spokesperson said the attempt to seal was made after the tunnel had been found and boobytrapped by the military.

Citing national security concerns, he refused to comment on how Hezbollah had tried to seal off the tunnel or why this effort had not set off the explosives placed inside the tunnel by the IDF.

The footage was apparently filmed with a small robot, sent into the tunnel by combat engineers.

The IDF refused to specify which tunnel was seen in the footage. The military has uncovered four of these passages since launching Operation Northern Shield on December 4. 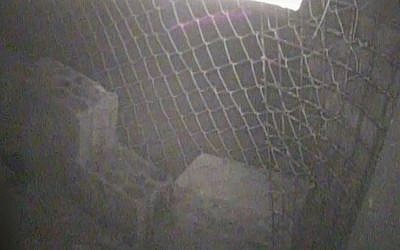 The interior of what Israel says is an attack tunnel dug by the Hezbollah terror group that crossed into Israeli territory from southern Lebanon, from footage released by the military on December 18, 2018. (Israel Defense Forces)

The army said the four tunnels did not present an immediate threat to nearby Israeli communities as they lacked an exit point. The tunnels are under constant surveillance and explosives have been placed inside all of them to ensure they cannot be used while the IDF studies them and prepares them for demolition.

The first and second tunnels were found outside the town of Metulla, near the Lebanese border. The military has refused to reveal the locations of the subsequent tunnels it found, and censored much of the information surrounding the operation, citing national security.

The operation has raised prospects of a possible fresh conflict on the volatile border, though Lebanon has downplayed chances of war so long as Israeli troops do not cross into its territory. UN peacekeepers, meanwhile, have stepped up their patrols to ensure that the frontier remains calm and to mediate any disagreements that arise over the exact location of the border, as they did Monday morning. On Monday, the UN peacekeeping force UNIFIL confirmed the existence of four tunnels within Israeli territory and further confirmed that two of them indeed originate in Lebanon.

“These constitute violations of UN Security Council Resolution 1701,” UNIFIL said in a statement.

UN Resolution 1701, which ended the 2006 Second Lebanon War, called for all armed groups in Lebanon besides the country’s military to remain north of the Litani River.

It was the first such pronouncement about the tunnels from the peacekeeping group, formally known as the UN Interim Force in Lebanon.

The UN Security Council was scheduled to discuss the tunnels and the IDF operation to find them on Wednesday. 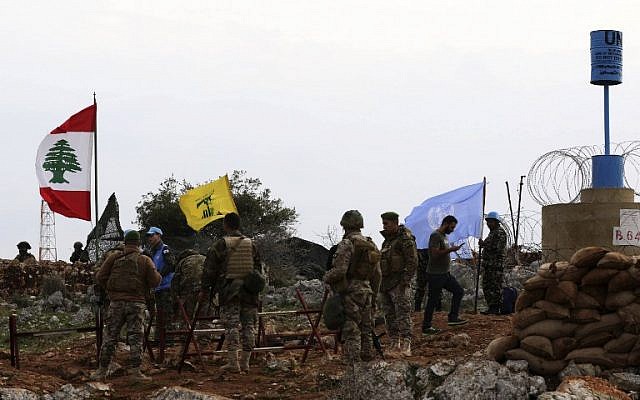 Israel has for years claimed that Hezbollah has been violating Resolution 1701 by conducting military activities along the border. UNIFIL has largely rebuffed these allegations, and its announcement on Monday represented one of the few cases in which it has confirmed a violation of the UN resolution.

“UNIFIL technical teams have undertaken a number of site inspections south of the Blue Line in order to ascertain the facts,” the group said, referring to the armistice line that acts as a de facto border between Israel and Lebanon.

A spokesperson for the peacekeeping group said UNIFIL could not yet confirm the Israeli allegation that the tunnels were dug by Hezbollah, but said it was continuing to investigate the matter.

“UNIFIL has requested the Lebanese authorities ensure urgent follow-up actions in accordance with the responsibilities of the Government of Lebanon pursuant to resolution 1701,” UNIFIL said.

The peacekeeping force said it was working with both Lebanon and Israel in order to “ensure stability along the Blue Line and prevent misunderstandings in order to keep the area of operation calm.”

Hariri said the Lebanese army “will conduct patrols to deal with any flaw in the implementation of Resolution 1701 from the Lebanese side,” official Lebanese state media outlet National News Agency reported.

According to NNA, Hariri also called on the UN to “shoulder its responsibilities in facing the daily violations by Israel of Lebanese airspace and territorial waters.”

UNIFIL’s announcement came hours after Israeli and Lebanese troops verbally sparred along the border with guns drawn over the exact location of the border, after Israel placed concertina wire along the Blue Line as part of the ongoing tunnel-busting operation.

UN peacekeepers were at the scene, working to prevent conflict between the two sides.

The military said it believes the tunnels were meant to be used by Hezbollah as a surprise component of an opening salvo in a future war, to allow dozens or hundreds of terrorists into Israel, alongside a mass infiltration of operatives above-ground and the launching of rockets, missiles, and mortar shells at northern Israel.

The specific number of tunnels that Israel believes were dug from Lebanon, as well as other information about the operation, cannot be published by order of the military censor.

According to the IDF, Operation Northern Shield is taking place close to Lebanese territory, sometimes on the north side of the border wall, albeit still inside Israeli territory.

An IDF incursion into Lebanon could spark a major confrontation with Hezbollah, which bills itself as a defender of Lebanon against Israeli aggression.

Israeli officials have indicated that the IDF may operate within Lebanese territory, if necessary, to destroy the tunnels. Lebanese President Michel Aoun, a Hezbollah ally, said last week that the United States assured him that Israel has “no aggressive intentions” with Operation Northern Shield.