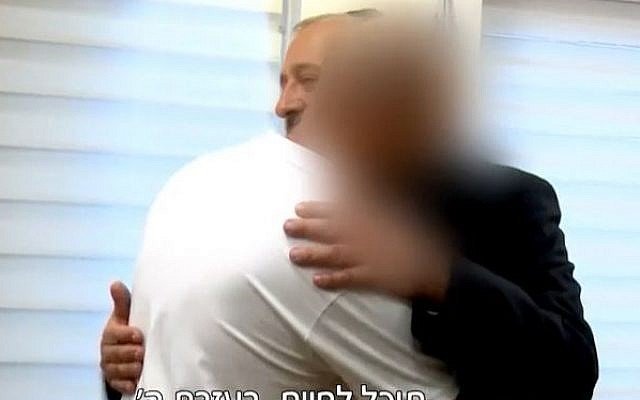 Man forced to flee West Bank after death threats for rescuing children of murdered Rabbi Miki Mark at scene of 2016 attack; has been homeless, living in limbo in Israel

Interior Minister Aryeh Deri on Tuesday awarded Israeli residency to a Palestinian man who saved the children of a West Bank rabbi in the aftermath of the deadly terror attack in which the father was killed.

Rabbi Miki Mark was murdered in a July 1, 2016, shooting. His wife, Chava, was seriously injured, and their two teenage children were also hurt. The Palestinian rescuer and his wife, residents of the Hebron area, helped the surviving members of the Mark family escape their overturned vehicle and administered first aid until first responders arrived at the scene.

The Palestinian man, who has not been named, received a temporary visa to live and work in Israel after receiving death threats in his hometown near the West Bank city of Hebron.

However, the visa was not renewed in August 2018 and for the last year he was unable to work, becoming homeless and living in limbo in Israel. 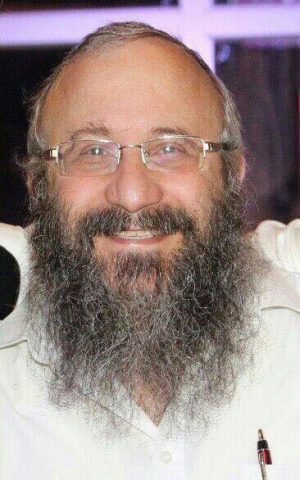 Miki Mark, who was murdered in a terror attack near Hebron on July 1, 2016 (Courtesy)

After his plight was revealed recently in a Channel 12 report, and following a campaign by several Israelis, including settler leaders, he was awarded Israeli residency on Tuesday, along with his wife and son.

While presenting him his identity documents, Deri praised him for his “selfless, noble” actions and said he would now be able to begin a new life in Israel.

The residency entitles him to a work permit and social benefits, Deri said.

West Bank settler leader Yossi Dagan, the head of the Samaria Regional Council, who had campaigned for the Palestinian to be given residency, said it was the “moral and righteous thing to do for a man who risked his life to save Jews.”

Three years ago the Palestinian man described what happened at the scene of the terror attack.

After he managed to pry one of the doors open, the man said he pulled 14-year-old Tehila Mark from the wrecked car. He said his wife, who is a medical doctor, worked to stanch the bleeding from the teen’s abdominal wound while he called an ambulance.

“She was telling them in English, ‘Do not be afraid, we are here to help you,’” he recalled. 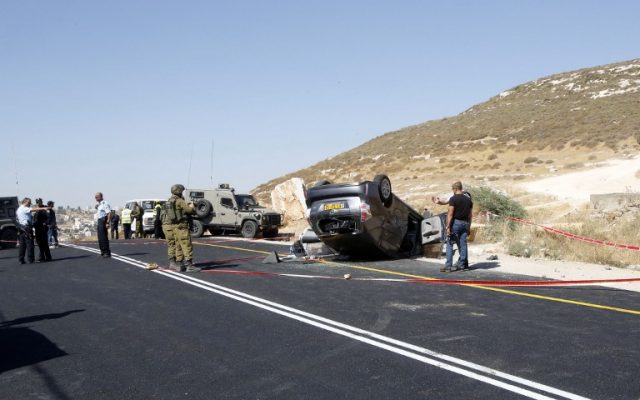 Israeli police look for evidence at the scene where Miki Mark was killed and three members of his family were wounded when a Palestinian terrorist opened fire on their car, on July 1, 2016, south of Hebron. (AFP/Hazem Bader)

The man said he then removed 15-year-old Pedaya Mark from the car, and attempted to calm him.

“I took the boy and I hugged him. I gave him some water and applied iodine, and just kept telling him that everything was going to be fine,” he said. “It doesn’t matter to me if it was an accident or a terror attack, it’s irrelevant. These are people, children, who need help, and if I can help, I will help them.