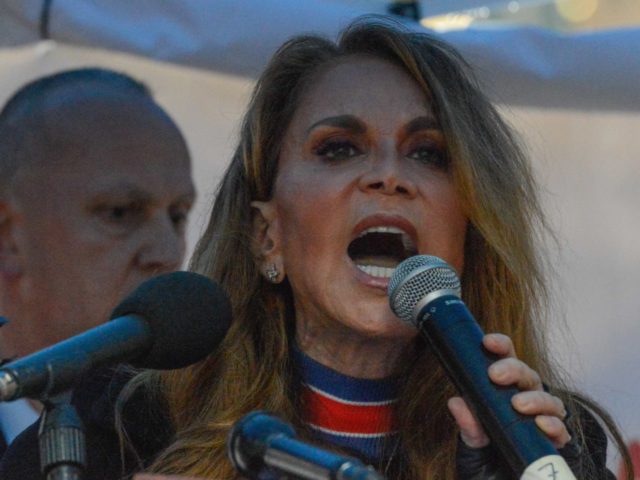 Why is Eventbrite taking orders from Hamas-linked CAIR? If Eventbrite really wants to stand against hate, it would refuse to sell tickets for CAIR events, not Pamela Geller events. CAIR is an unindicted co-conspirator in a Hamas terror funding case — so named by the Justice Department. CAIR officials have repeatedly refused to denounce Hamas and Hizballah as terrorist groups. Several former CAIR officials have been convicted of various crimes related to jihad terror. CAIR’s cofounder and longtime Board chairman (Omar Ahmad), as well as its chief spokesman (Ibrahim Hooper), have made Islamic supremacist statements about how Islamic law should be imposed in the U.S. (Ahmad denies this, but the original reporter stands by her story.) CAIR chapters frequently distribute pamphlets telling Muslims not to cooperate with law enforcement. CAIR has opposed virtually every anti-terror measure that has been proposed or implemented and has been declared a terror organization by the United Arab Emirates. CAIR’s Hussam Ayloush in 2017 called for the overthrow of the U.S. government. CAIR’s national outreach manager is an open supporter of Hamas.

But it’s evidence of how insane the public discourse has become that organizations such as Eventbrite think it’s “hate” to stand, as Pamela Geller so courageously does, against jihad violence and Sharia oppression of women and others. And so one more outlet that should be viewpoint-neutral jumps into lockstep with the Leftist initiative to shut down everyone who dares dissent to the slightest degree from the hard-Left agenda.

See Pamela Geller’s remarks on this, and her “rogue’s gallery of some of the terror apologists, terror enablers, Jew-haters and sharia promoters that Eventbrite has no problem with at all,” here. And please email Eventbrite’s CEO and politely and courteously tell her of your disapproval of their capitulation to the enemies of the freedom of speech at Hamas-linked CAIR: juliah@eventbrite.com.

Ticketing service Eventbrite has blacklisted an event featuring conservative commentator Pamela Geller over supposed violations of the platform’s “community guidelines.” The ticketing service then warned the group planning to host Geller that any further attempts to create an event listing featuring the conservative commentator and free speech activist could result in the group’s account being banned from the platform.

“Eventbrite has shut down the New York Young Republican Club event featuring my talk,” said Pamela Geller in an Instagram post on Tuesday. “Terror-tied CAIR has been demanding the event be canceled. It looks as if @Eventbrite has caved to CAIR.”

While the event is still scheduled to proceed as planned, it won’t be utilizing the ticket service. Eventbrite warned the New York Young Republicans Club (NYYRC) that any additional attempts to create an event listing for Geller could result in the group’s account being banned from the platform.

“We encourage our organizers to express their views and gather for a chosen purpose as long as it’s done in a way that doesn’t violate our Legal Terms,” said Eventbrite to the NYYRC in a purported email. “In this instance, we determined that Pamela Geller engages in or promotes conduct that violates our Community Guidelines.”

The email went on to explain that the group is no longer permitted to publish Eventbrite listings promoting Geller as a featured speaker. “As a result, your event listing has been removed,” affirmed the ticketing service.

“If we become aware of any future event featuring Pamela Geller we will remove it,” added Eventbrite, “and listing such an event could result in your account being closed.”

Eventbrite is not the only online platform to have blacklisted Geller. Last year, Facebook blocked the conservative commentator for reporting on Muslim antisemitism in Germany.

Those who are planning to attend the NYYRC’s event featuring Geller had also received an email from Eventbrite, informing them that the event was removed due to not complying with the platform’s Community Guidelines.

“Terror-linked individuals and groups, apologists for terror, and open antisemites are just fine with Eventbrite,” said Geller to Breitbart News, “but if you oppose those things, and stand up for the freedom of speech and individual rights, Eventbrite will pull the rug out from under you.”

“This shows yet again that platforms that should be neutral and open to all are anything but, and any dissenter from the far-Left agenda will find it increasingly difficult to take any public stance,” added the conservative commentator.

“Cowardice and capitulation are pandemic today, and Eventbrite’s quick surrender to an unsavory Hamas-tied group is a sad case in point,” affirmed Geller.

Breitbart News reached out to the ticketing service to inquire as to how Geller’s content is in violation of the platform’s Community Guidelines. An Eventbrite spokesperson responded with the following statement:

…We do not permit events, content, or creators that promote or encourage hate, violence, or harassment towards others and/or oneself. Specifically, we prohibit content or organizations that promote hate towards or the harassment of individuals or groups based on race or ethnic origin, religion, disability, gender, age, nationality, veteran status, sexual orientation, or gender identity. Our policy is to remove content that is in violation of our guidelines and after the team reviewed this event, we enforced it….