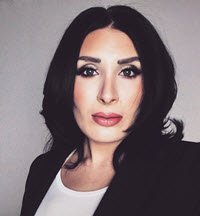 Maricopa County Police have released police body camera footage that shows an 18 year old Muslim man lunging toward a sergeant with a knife.

On January 7, 2019 Sgt. Brandon Wells shot Ismail Hamed, who was charged with aggravated assault and terrorism, where he approached the sergeant outside of a Maricopa County Sheriff’s Office substation.

The body camera footage was released along with two 911 calls on Thursday February 14  after Maricopa County Superior Judge Sally Duncan’s ordered their release on Tuesday. Despite the fact that this is an active terrorism case involving ISIS,  there has been an effort county’s effort to seal the documents. However, according to Arizona law, body-cam videos, 911 calls, police report and probable-cause statements are public records.

On Thursday, the Maricopa County Sheriff’s Office posted the following message on their Facebook page, with the video of the attempted ISIS attack.

“A law enforcement professional and member of this organization was targeted by an individual whose intent was to take a life in the pursuit of furthering the ideology of a terrorist group. Our deputy himself as a consummate professional, managing an aggressive threat, being forced to deliver lethal force to defend himself from the attacker.”

The decision to seal the records has sparked outrage. On Thursday at a press conference, Maricopa County Sheriff Paul Penzone said he and and the prosecutor’s office decided it was best to not release the records to the public. In response, numerous Arizona publications and national new agencies, including The Republic,  Associated Press, Channel 12 (KPNX-TV); Channel 5 (KPHO-TV); Channel 3 (KTVK-TV) and Channel 15 (KNXV-TV), have asked the judge to release all of the records, arguing that they were public records.

“I think the greater challenge is we have to find that space that there’s more consistency relative to when it’s appropriate for law-enforcement agencies to release things, ensuring we don’t undermine any element of an ongoing investigations or prosecutions,” Penzone said.

According to the Maricopa Sheriff’s Office, Hamed called a 911 operator twice asking to speak to a deputy in which he told the operator he was carrying a knife and rocks.

“My name is Ismail Hamed. I live in Fountain Hills, and I’m owing my allegiance to the Islamic State of Iraq and Syria. I just want a cop to come real quick and I want to deal with them,” Hamed said. Sgt, Wells’ body-camera shows him  walking toward Hamed who told Wells he “wants to talk about a political issue”. When Sgt, Wells asked for his ID, Hamed threw rocks at Wells, prokpting Wells to point his gun at Hamed. When Sgt. Wells told Hamed to back away, Hamed pulled out a knife and lunged toward Sgt. Wells. Sgt. Wells gave Hamed multiple warnings that he would shoot him if he did not drop the knife.

Hamed  told Sgt. Wells, “shoot me”. After Hamed refused to follow orders, he was shot twice by Sgt. Wells, but survived his injuries.

According to the indictment, Hamed “intentionally or knowingly did provide advice, assistance, direction or management” to ISIS, which he clearly stated in his phone call to 911.

Despite the fact that Hamed pledged his allegiance on video to ISIS, the Maricopa Sheriff’s Office, the FBI, and the County Attorney’s Office have worked to seal the records. Sources within the Sheriff’s office told this reporter that officers were told they would be “written up” and even fired if they speak to the media about Hamed’s case.

Even more disturbing is the FBI will not provide the media with any details about whether or not Hamed was planning to commit a larger terrorist attack.

According to the FBI has previously, Hamed , who is currently being held at Maricopa County Jail, was born in the U.S and might be facing federal terrorism charges, according to FBI Special-Agent-In-Charge Michael DeLeon.

When Hamed was first arrested, he was initially charged with aggravated assault. However, because numerous members of law enforcement in Maricopa were trained in counter terrorism by John Guandolo, they were able to pursue terrorism charges. In 2006, Guandolo was designated a “Subject Matter Expert” by FBI Headquarters and created and implemented the FBI’s first Counterterrorism Training Program focused on the Muslim Brotherhood, Islamic Doctrine, and the global Islamic Movement, and. This course was hailed as “groundbreaking” by the FBI’s Executive Assistant Director in a brief to the Vice President’s National Security Staff.

“Understanding the Threat provides threat-focused strategic and operational consultation, training, and education for federal, state, and local leadership and agencies in government, the private sector, and for private citizens. UTT is the only organization in America which is training leaders, elected officials, law enforcement, military personnel, and citizens, about the Global Islamic Movement and the jihadi networks in communities around the nation.  UTT is also the only organization showing security professionals and state leaders how to locate and map out jihadi organizations, locate jihadis, and dismantle the network at the local and state level. While UTT briefs and teaches about many of the threats external and internal to the United States, its primary concern is the threats to the Republic and the West in general from the Global Islamic Movement.”

Hamed is not the first jihadi to pledge allegiance to ISIS on the phone with 911 operators before carrying out an attack in the name of ISIS.

On June 12, 2016 Omar Mateen walked into the Pulse Nightclub in Orlando, Florida and opened fire, killing 49 people and injuring 53 others.  Shortly after beginning his terrorist rampage, Mateen called 911 and identified himself to police on the calls, which start about a half-hour after he stormed the nightclub. “I want to let you know I’m in Orlando,” he states, “and I did the shooting.” Mateen placed three calls to 911. The last call he made ended around 3:25 a.m. In the transcript of the calls, Mateen asked the 911 operator to refer to him as  “Mujahideen” and “Islamic soldier.” Mateen told the operator that he had explosives and that he was wearing a vest like “what they used in France,” referring to the Bataclan theatre attack in Paris France on November 13 in which ISIS terrorists opened fire inside a concert hall, killing 130 people.

The FBI has declined to provide more information about the extent of Hamed’s plans, including how and when he was radicalized, which mosque he was attending, and whether or not he was planning a larger ISIS attack in Arizona. Similarly, in the Mateen case, the FBI misled the public and failed to disclose to the media that Mateen’s father was serving as an FBI informant and that prior to the attack, Mateen was investigated by the FBI. During the trial for the terrorist attack, it was revealed that tge FBI stopped investigating Mateen when his father, who was an FBI informant and was given front row seats at a Hillary Clinton rally after the attack,told the FBI his son wasn’t radicalized.

According to Guandolo, “The suspect began throwing rocks at the deputy, and then drew a knife and began moving towards the deputy who shot the suspect. The suspect survived the shooting. The Sheriff’s Office charged the man with “aggravated assault.” When the MCAO heard the facts of the case and saw the suspect, they knew he is a jihadi, and now the individual is facing state terrorism charges based on legislation passed in Arizona after UTT began conducting training there.”

Laura Loomer is a conservative investigative journalist and activist. Originally from Arizona, Laura began her career working as an undercover journalist for Project Veritas from 2015-2017. She covers politics, anti-Semitism, immigration, terrorism, the Islamification of the West, and voter fraud. Loomer’s investigations have been broadcasted on every major national mainstream media outlet in the United States, as well as many international publications. Support Laura Loomer’s Independent Journalism here: