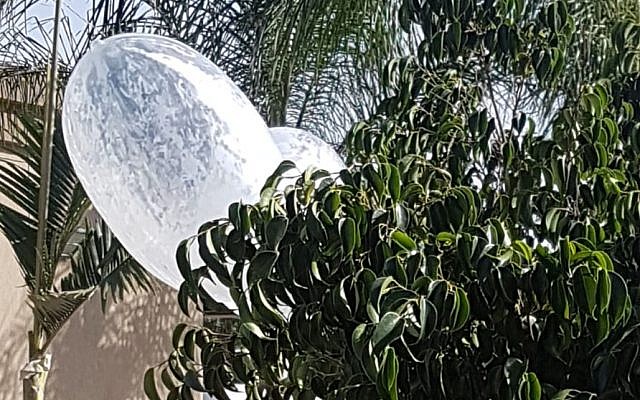 Israeli forces uncovered a large and highly active Hamas terror cell operating out of the Palestinian city of Nablus earlier this year that was allegedly planning to conduct a number of bombings and shooting attacks in Israel and the northern West Bank, the Shin Bet security service revealed Sunday.

“In recent months, the Shin Bet, Israel Defense Forces and Israel Police uncovered a Hamas terror cell, extraordinary in its size and level of activity, which operated in the Nablus area,” the Shin Bet said in a statement.

“During the suspects’ interrogations by the Shin Bet, it was determined that the cell planned to carry out terrorist bombings in central cities in Israel and the northern West Bank, including a bombing in Tel Aviv, a suicide bombing and an explosive attack in Jerusalem, a bombing in the Itamar settlement and shooting attacks in the Samaria region,” the security service said, referring to the biblical name of the northern West Bank.

The Shin Bet said it arrested more than 20 suspected members of the Hamas cell in late April, including its two leaders: Mutassem Muhammad Salem, 35, and Fares Kamil Zebidi, 33. 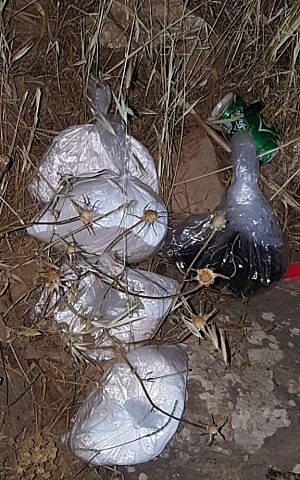 Improvised explosives discovered by Israeli security forces in a crackdown on a suspected Hamas cell in the northern Gaza Strip in April 2018. (Shin Bet)

According to the security service, this cell began operating in October 2017.

“Most of them had a connection to the Hamas organization and some of them had a rich history of terrorist activities, including in the production of explosives and bombs,” the Shin Bet said.

Details of the case were kept under gag order until Salem and Zebidi were indicted in a military court on Sunday.

Following the arrests and the subjects’ interrogations, Israeli security forces found multiple explosive devices that the group is believed to have manufactured, including one that weighed 10 kilograms (22 pounds), which could be detonated by cellphone. Another 15 kilograms (33 pounds) of explosives were also seized, the Shin Bet said.

“Additional materials for creating an explosive device, weapons and information storage devices with instructions on the manufacturing of bombs and explosives were also discovered,” the security service said. 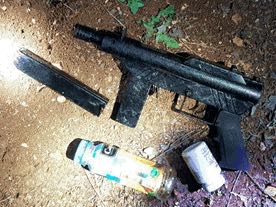 A gun and improvised explosives discovered by Israeli security forces in a crackdown on a suspected Hamas cell in the northern Gaza Strip in April 2018. (Shin Bet)

Some of the explosives that were found were detonated on site by security forces.

The Shin Bet said the discovery of the Nablus cell and the alleged members’ interrogations led investigators to find and arrest other Hamas cells suspected of planning terror attacks.

“The discovery of this cell shows the constant desire by the Hamas organization to carry out terror attacks against Israeli targets to disturb the relative calm,” the Shin Bet said.

Though the Shin Bet identified the cell as part of the Hamas terrorist group, Salem was also believed to be in contact with an operative of the Syria-based terrorist group once known as the Nusra Front, now called Tahrir al-Sham, according to the indictment against him.

The arrest of the more than 20 suspected cell members made this one of the largest busts by the Shin Bet in recent years.

The IDF identified Salem as the main instigator of the cell’s activities.

In his indictment, the 35-year-old Nablus man was charged with attempted manslaughter, illegally creating and transporting an explosive, belonging to a terrorist group, contact with an enemy agent, conspiracy to commit a shooting, bringing terrorist funds into the West Bank and obstruction of justice.