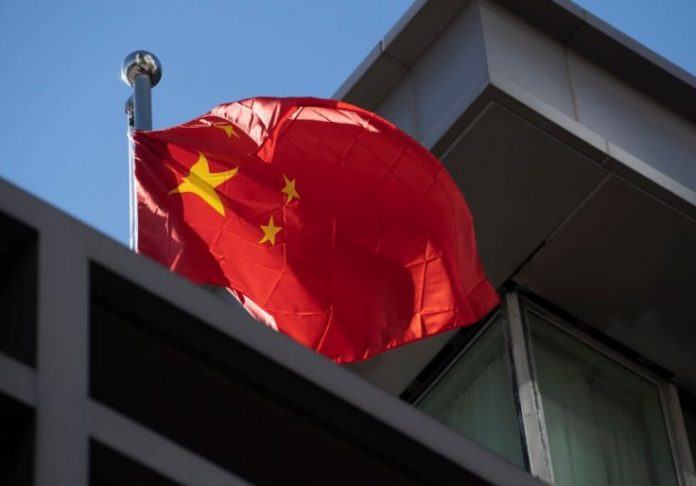 Rather than fully cut ties with the Confucius Institute, many universities shifted their resources to affiliate programs aimed at K-12 classrooms. The Confucius Classrooms program offers an array of Chinese language and culture programs to elementary, middle, and high school students across the United States. Often linked to Confucius Institutes at nearby colleges, Confucius Classrooms are funded and run by the Hanban, a division of China’s Ministry of Education.

Over a dozen universities closed their Confucius Institute chapters after the State Department declared the organization a Chinese propaganda arm. According to Rachelle Peterson, a China expert at the National Association of Scholars, the Communist regime was ready for the fallout.

“The Chinese government has developed a nuanced and sophisticated network of tools,” Peterson told the Washington Free Beacon. “In the case of Confucius Institutes, the Chinese Communist Party is aware that they are falling out of favor in the U.S., and they’re preparing alternative ways of engaging with the United States—many of which are equally problematic.”

Confucius Classrooms are just some of those “problematic” alternatives. The National Association of Scholars estimates that, at its height, there were upward of 500 Confucius Classrooms in operation—significantly more than the 41 active Confucius Institute chapters. And because most federal oversight is directed at higher education, China has been able to covertly entrench itself in the K-12 education space.

Rep. Chris Stewart (R., Utah) told the Free Beacon that he is concerned Confucius Classrooms operating in his district teach an inaccurate view of the Chinese Communist Party to children.

“The Confucius Classrooms are a little bit different and a little bit harder [than Confucius Institutes] because they’re not as obvious,” Stewart said. “The thing we’re trying to do now is to show that they’re not using it for intelligence access, computer access, or to propagandize adults, but they are using it to soften children.”

The Confucius Classrooms operating in Stewart’s district are just a few such outposts that grew out of shuttered Confucius Institute chapters across the country.

A consortium of Confucius Classrooms serving nearly 1,200 K-12 students in Ohio continues to operate more than a year after Miami University in Ohio announced it shuttered its Confucius Institute. In western Kentucky, a coalition of more than 30 staffers led by Simpson County public schools has taken up the mantle of the Western Kentucky University Confucius Institute, which closed in 2019.

When Michigan State University’s Confucius Institute closes this year, the school plans to transfer the program’s resources “to other areas within the university” so as to “benefit K-12 students and teachers who would not otherwise have these learning options available in their schools,” a spokeswoman told the Free Beacon.

Middle Tennessee State University closed its Confucius Institute in August 2020, after receiving criticism from Sen. Marsha Blackburn (R., Tenn.). But the school continues to foster ties with sister universities in China. The University of Nebraska said it remains “deeply committed” to its connections with Chinese universities after its Confucius Institute closed in December 2020.

In a statement to the Free Beacon, Tufts University—which plans to close its Confucius Institute chapter in September—said the school will “focus on expanding and deepening” its ties with Beijing Normal University. Similarly, the College of William and Mary closed its Confucius Institute at the end of June, but will continue to offer China-related programs “through university-to-university agreements,” a spokeswoman told the Free Beacon.

In at least one case, China has continued to donate to a university in order to bolster ties. Peterson uncovered Education Department documents that show the University of Michigan received a $300,000 gift from China after the school closed its Confucius Institute in 2019.