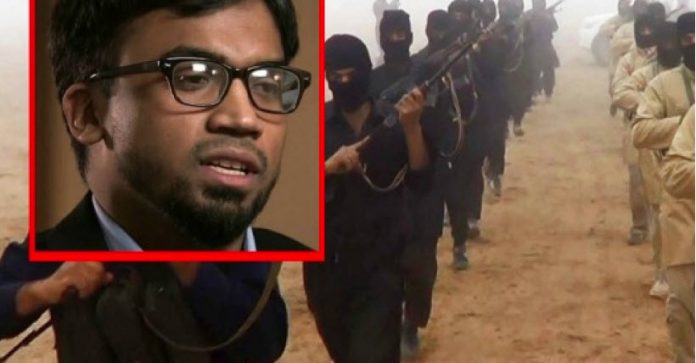 The Brooklyn man who traveled to Syria to join ISIS has somehow been hired by the Department of Justice.

As Jihadi brides from western countries who joined the Islamic State make news for attempting to return home, it’s been revealed that a New York man who traveled to Syria to join the bloodthirsty group is now working for the Department for Justice.

30-year old Mohimanul Alam Bhuiya left New York City to join with the terrorist organization in 2014, having become radicalized by Islamist propaganda and seeking to pitch a plan to destroy civilian aircraft to the group.

Bhuiya admitted to recieving military training with ISIS and worked in various low-level capacities at what was the height of the caliphate’s existence.

Bhuiya eventually became disillusioned with ISIS, and was able to return to the United States on his own initiative after contacting the FBI and requesting “extraction.” He faced criminal charges that could’ve landed him with 25 years in prison upon returning, but got off easy in part because of cooperation with the FBI, only receiving supervised release.

In a bizarre twist of fate, reporting from the Wall Street Journal now has confirmed that he’s employed by the U.S District Attorney’s office in Brooklyn. This development leaves many critics of prosecutorial misconduct alarmed, as it would normally be assumed that someone who joined the world’s most dangerous terrorist organization would be blacklisted from sensitive government positions.

Bhuiya’s employment for the Department of Justice is emblematic of the dominance of cultural elite progressives within America’s primary federal legal institution. Former Attorney General Jeff Sessions was described in a recent book by Deep State leaker Andrew McCabe as having bemoaned the employee force of the DOJ, calling them “new people with nose rings and tattoos.”

It’s uncertain how a department credibly accused of systemic political corruption and bias against right-of-center Americans aims to retain credibility among the broader public, especially with a hiring policy that allows former ISIS terrorist wannabes to secure employment within its ranks.